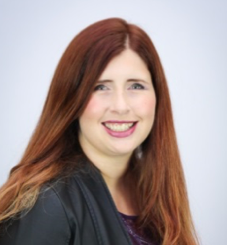 Julie Malone obtained her Bachelor of Health Science with a major in respiratory therapy from Dalhousie University in 2007. Working as a registered respiratory therapist since 2004, she gained experience at both the Horizon Health Network and the Capital District Health Authority before moving to Toronto in 2007 to work in critical care for the University Health Network (UHN), Toronto General Hospital. Julie made the move from critical care to leadership in 2015 when she became a Practice Lead in the Respiratory Therapy department of the Peter Munk Cardiac Centre. Julie started training in hyperbaric medicine in 2015, becoming a certified hyperbaric technologist in early 2017. She has gained valuable experience as a safety director, controller, assistant controller and attendant in the Fink multi-place chamber and as a controller of the Pan-America Hyperbarics (PAHI) and Sechrist monoplace chambers. She has served as an educator and advisor within the hyperbaric medicine unit at Toronto General Hospital. Demonstrating a passion for safety and quality improvement, Julie is a member of the hospital acquired conditions safe medication practice committee, the professional advisory council and standardization and product evaluation steering committee. She is also an educator for the caring safety initiative at UHN. Julie works closely with the University of Toronto Wrightman Berris Academy, York UHN Nursing Academy, and Michener Institute of UHN to provide advanced health professional education. In her spare time Julie volunteers with the 58th Scout Group in Toronto, and spends time with her husband and son.

The first initiative I would like to accomplish as a member of the CUHMA board of directors is increased engagement with associate members through the establishment of working groups and professional practice committees. The purpose would be to bring more opportunities for participation to associate members to advocate and improve practice at the national and international level. The second initiative I would champion would be to work with the CUHMA board of directors to advocate for better enforcement of safety standards by regulatory and governing bodies. Focusing on improved patient and hyperbaric governance it would ensure there are uniform safety standards between public and private clinics.