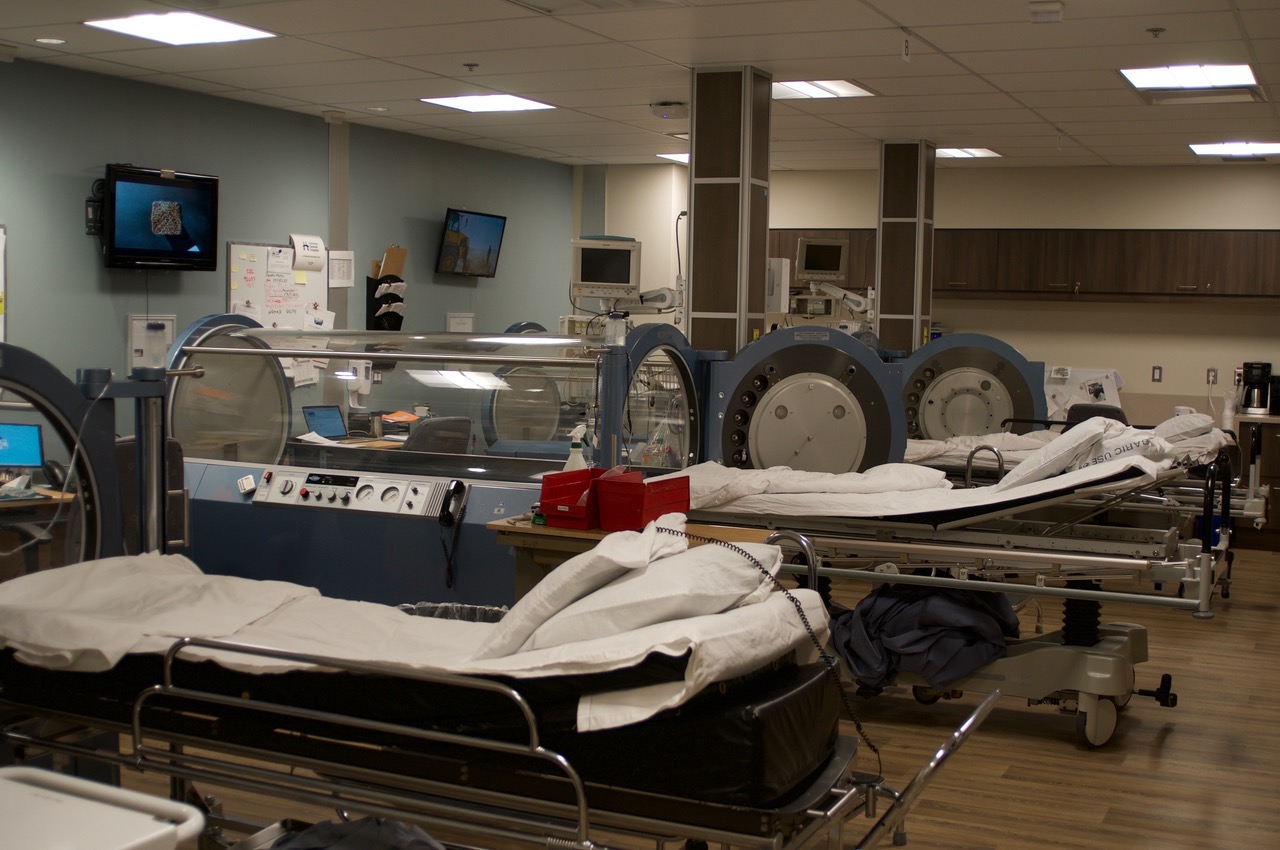 The Hyperbaric Medicine Department at Hamilton General Hospital was founded in 1993 under the direction of Dr. Janet Sproat with a single monoplace chamber. The programme quickly expanded by adding a second chamber. By 1998, the programme upgraded to 2 Sechrist 32 inch monoplace chambers, and was completing approximately 1000 treatments per year. As the programme was expanded under Dr. Brian Egier, its affiliation moved from Plastic Surgery to Critical Care Medicine, and the Hamilton Unit became known as a national leader in the provision of Critical Care Hyperbaric Medicine in the monoplace chamber environment.

Budgetary constraints of the late 1990’s and early 2000’s, and lack of a technical fee through the provincial funding system saw the Hamilton Unit under the constant threat of closure. Strong advocacy from previously treated patients and an unwavering support in the need for regional hyperbarics from the base of referring physicians were instrumental in the continued operation of the programme.

Despite such constraints, the programme continued to grow to approximately 1400 treatments per year and was responsible for greater than 50% of Ontario’s “critical” dives, in its meagre 320 square foot facility.

In 2016, through a one-million-dollar private donation made to “physician champion”, Dr. Clive Davis, the Hyperbaric Medicine Department was finally able to expand into newly renovated space. Opened in May of 2017, the Hyperbaric Medicine Department now runs daily treatments through 3 monoplace chambers, two of which are fully equipped for critical care dives, including intubated patients requiring pressor and inotropic support. At approximately three times the physical footprint, the new unit has dedicated consultation, change and washroom facilities adjoining the main treatment room.

Hamilton will soon be enrolling patients in the Hyperbaric Oxygen Brain Injury Treatment (HOBIT) Trial as the only international centre approved for this NIH multi-centre study. This challenging project will require brain injured patients with a GCS less than 8 to be treated with hyperbaric oxygen within 6 hours of injury, while monitoring haemodynamic properties, as well as intracerebral pressure, brain oxygen pressures and temperatures.

Supported by three physician specialists and 12 hyperbaric trained respiratory therapists, the Hamilton group looks forward to showcasing their new unit, and excellence in critical care in the monoplace environment during the 2020 CUHMA conference in Hamilton, Ontario.